ICPV Trustees meet face-to-face at least twice a year for formal meetings, at other times business is dealt with by email.

Maggie was a Health Visitor but for the last 10 years before early retirement, she worked as a CNS in Palliative Care – mostly as Nurse Director of a community team providing 24hr cover but also as hospital based Macmillan Nurse.
Maggie was diagnosed with breast cancer in 1997 and treated with surgery and radiotherapy. This was followed by a mastectomy a year later due to post-radiotherapy problems and ten years of endocrine therapy. No further treatment and, so far, so good.

Maggie’s interests include spending time with family and friends, going to her local David Lloyd Club and travelling. Maggie volunteers at a local arts centre and a member of the National Association of Decorative & Fine Arts Societies (NADFAS) and a wine-tasting group.

Maggie has now stepped down from active advocacy activities, but remains Honorary President of ICPV.

Adrienne was diagnosed with breast cancer in 2005 and secondary breast cancer in 2010.
Adrienne is a PhD medical research scientist and worked for 20 years in academia and industry. After breast cancer she worked in the cancer charity sector, spending three years as the staff scientist at Children with Leukaemia, and then a year as the secretariat for Cancer52 – an umbrella organisation that represents the less common cancers.
She worked as a patient advocate with Breakthrough and Breast Cancer Campaign following her diagnosis and now with the new merged charity Breast Cancer Now. She has been involved with Breast Cancer Now's Cell and Tissue Bank since its inception and is a valued member of the Barts Cell Research Team. She is a lay member of several Clinical Trial Management and Working Groups and a familiar independent patient voice in Q and A sessions at cancer research conferences.

Mairead was diagnosed with breast cancer in 2002. She had chemotherapy, followed by a mastectomy with immediate reconstruction, radiotherapy and endocrine therapy. Since her treatment Mairead has developed mild lymphoedema which is now under control and capsular contraction in her reconstruction which has resulted in the need for further surgery. This has prompted Mairead to feel strongly about the issues and potential problems patients face with the long term effects of cancer treatment.

Mairead has been a member of ICPV since 2009 and currently sits on a number of trial management groups. She is a member of the Breast Cancer Campaign Now Tissue Bank Access Committee, steering group for the UK Therapeutic Cancer Prevention Network, sits on the Early Disease Subgroup of the Breast Clinical Studies Group, ICR CTSU PPI Group and the ICR BRC Breast Group. 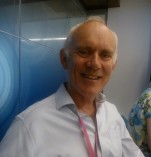 Chris is a carer to his wife, who has advanced breast cancer. By training he is a chartered accountant, and for many years worked as finance director for charities, including, for nearly twenty years, the Biochemical Society.

Following a diagnosis of breast cancer several years ago Pat became involved in patient advocacy. Working in healthcare, which included a contract as patient involvement facilitator, gave her a unique insight into the need for patients to be involved at the heart of planning services. Pat developed an interest in research after working at a regional and national level with breast cancer charities, and local cancer services. She joined ICPV as a virtual member whilst living in New Zealand where she carried on with voluntary work with national cancer organisations. Since coming back to the UK Pat has become involved in several research projects through ICPV alongside voluntary work in cancer services regionally and nationally. Pat believes research needs the patients' unique perspective and is absolutely essential in order to make the research work. 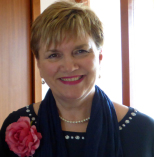 Before she retired in 2011 Elspeth was headteacher of Strathaven Academy in South Lanarkshire, Scotland.
Following a diagnosis of malignant melanoma in 1996 Elspeth had recurrences in 2002 and 2004. During this period she had extensive surgery and participated in an EORTC clinical trial from 2002-2004.
She was a founder member of the West of Scotland Melanoma Support Group in 2003. With the group she has lobbied on various issues linked to malignant melanoma such as unmanned tanning salons and access by under 16s, public awareness and health education.
In 2011 she was invited to join research groups at the Beatson West of Scotland Cancer Centre and since then has been an active consumer member of the Clinical Trials Executive Committee, the In-house Trials Advisory Board and as the independent member of the Umbrella Trials Steering Group. In October 2013 she joined the NCRI Psychosocial Oncology & Survivorship Clinical Studies Group, its Lifestyle and Behaviour subgroup and the NIHR Consumer Forum.
Elspeth is increasingly involved as a co-applicant and/or a member of steering groups/trial management groups/PPI Advisory Groups in respect of a number of clinical trials and intervention studies across the broad range of tumour types and responds to many requests for guidance and advice in reviewing protocols, funding applications and patient information.
She is active in organizing and encouraging patient and public involvement in research activities.
As a member of ICPV, Elspeth is delighted to have benefited from participation in its Summer School, the excellent VOICE course offered in conjunction with Barts Cancer Institute and the many rewards of membership of this hardworking patient advocate community.

We are pleased to announce that Robert Flavell and Margaret Grayson have agreed to be new trustees.

We are pleased to announce that the VOICE course will be residential and held at Barts Cancer Centre from 4-8 Sept. Click here for further details.

OPTIMA aims to improve the way we make decisions about whom we offer chemotherapy to following surgery.
Check the website link for more information or listen to the short video to explain the trial.
YouTube Video

On the 25th March we held an interactive talk and discussion on immunology.

The talk was given by Dr Edd James, Cancer Immunologist from the university of Southampton. The tallk is now available on YouTube - click here to listen.

Continuum Life Sciences are looking for volunteers who have survived aggressive, difficult to treat cancer against all odds to take part in their Long-Term Survivor of Cancer Study. For more information and how you can join go to their website.

Save the planet and donate to ICPV - send ecards go tour Fundraising page for mor information.

A one-week course of radiotherapy in fewer but larger daily doses was found to be as safe and effective as standard three-week therapy for women following surgery for early stage breast cancer. Trial results now published. Two ICPV members provided the PPI for this key trial. Full details can be found on the ICR Website.

ICPV was once again hosted by SHORE-C at the University of Sussex. Click here for more info.

ICPV Review 2018
We have at last published a new edition of our review. This was achieved by a grant from Novartis. Click here for more information.

Many congratulations to ICPV member Margaret Grayson. On 21 April 2018 she received the Iris Colvin Lifetime Achievement Award for Health, presented by the Women’s Forum of Northern Ireland. This is very well deserved for her tireless work in furthering cancer research especially in Northern Ireland.